Setting up real life adventures and the importance of side quests

So, most of us have probably heard of Role Playing Games, if not from direct contact with them, at least from a friend. RPGs have an extraordinary advantage over real life when it comes to getting stuff done. We could start as a peasant who can’t even hold a pitchfork properly but when someone tells us that we need to save the world from an Immortal Dragon, what’s our answer? “HELL YEAH! I can do that!”… the only problem is: we actually can’t! 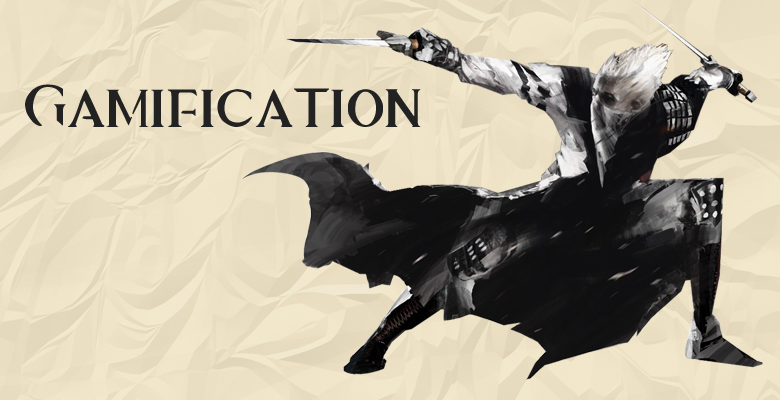 So, we have our ultimate goal now, what next?

We’re probably going to start off small, most of the time by slaying some (giant) rats that have been bothering the locals so that we get to learn which end of the sword goes where or how to cast some “simple” spells, like making light or creating sparks out of thin air… and we kill the rats. Then we kill something bigger… and bigger… and bigger… until soon enough we’re capable of slaying an Immortal Dragon. That’s the core mechanic of RPGs, it’s all about progression (which we’ll be discussing in a future article) and challenge. A game, a good game, will challenge us, constantly and consistently, until we get to the desired outcome.

Now, I’m presuming that most people want to evolve and if you’ve gotten this far maybe you’re one of those people. Well, the one way we evolve is through challenges, we evolve when our manner of thinking is if it’s difficult, do it more often.

The problem is that in real life there’s no underlying tightly knit story that exists with the sole purpose of giving us the challenges we need to constantly better ourselves (unless we have a personal trainer… then he or she will make one up for us and make sure we stick to it). There are some people who will challenge us but if we’re simply going to wait for them to find us, more often than not, we’ll end up doing nothing… which is fine if that’s the ultimate goal. If, on the other hand, we do want to constantly better ourselves, to constantly find & learn new and interesting things, the only way to go about it is by… challenging ourselves.

So, how do we translate this wonderful thing that RPGs do so well into real life? The buzzword is gamification but oddly enough it’s generally used by people in marketing and hardly ever by gamers or, more importantly, the people who might truly understand the concept… game designers & developers. As such, from the perspective of a gamer, I’d like to share my take on the subject because, while it might not work for everyone, it does help me and I believe that it may help quite a few other people as well with getting stuff done.

There’s one thing that game good game designers do well, they keep us on track however there’s one other thing that great game designers do, they make us want to stay on track. This is done with the help of great story or solid game mechanics but there’s one other aspect that really helps: we always know what to do. After someone comes up to us and says: “Hey, we need you to kill this dragon or it will destroy the world and that means no more tea and biscuits… which is very sad!” we’re not just left there holding the torch. No, we’re driven to the next thing we need to do. Complete that and we’ll be given new options to explore and so on. There’s always a sense of urgency, not because someone told us that we need to finish something today but because we know that if we finish something today we’ll be making a huge difference in the grand scheme of things.

In reality we need to create this railroad ourselves. If we’re working on an mobile app project, for example, we write up the tech specs so we know what we need to do but then we’ll need to divide them up into multiple parts. Each and every part now becomes a quest we’re not just following but one that we’ve written ourselves as such helping us see the crucial part it plays in reaching the final goal – making a great mobile app. We are essentially writing our own quest logs and it’s at this stage that there are a few things we can do to make these quests even more engaging.

Fragmentation can be fun and checkboxes are your friends. Most people like having visual representations of progress so we should try to give ourselves as many opportunities to see that we’re making a worthwhile contribution to the general state of the project. This is even more important if we’re trying to create flow because once we start ticking things off a list as a sign of progress we’ll most likely end up wanting to do it more and more often.

When we’re setting up our quests is another interesting aspect. We could write them up in the morning in order to have them somewhere in the background the whole day. Alternatively, we could write them in them in the evening so that when we get to the office the next day we’ve already got the quest ready, we just need to complete it, thus providing a more game-like experience. The most important aspect however is that at the end of the day, we can take a look at our quest log and decide if we’ve failed the quest, succeeded or have gone above and beyond what we’ve set out to do.

There’s one other thing we need to take into account as well: during the day there will always be people coming up asking us for something potentially project related that we’ve not taken into consideration when we’ve planned for the day’s quest. These are side quests, we don’t plan for them, they just happen. Because of this we need to allow time for them to happen in. How much time? We don’t have an exact amount but generally 30 minutes to one hour for every 8 hours of work seems to cover it. This way, while we might still be unprepared for the unexpected, we’re at least prepared to expect the unexpected. We’ve not been given any sidequests? Why not read that article we’ve been putting off or take a look at the tutorial we really wanted to see or add a bit of polish to the items in the main quest, there’s always something we can do even if that something is just leaving early.

The final types of quests that I’ve noticed are daily quests. However the way that we’ve come to translate them into real life is a bit different, they’re quite a bit closer to the way Ben Franklin went about things. Daily quests are not very specific, they’re more of a framework intended to be used by people interested in even higher amounts of productivity by setting timeframes for work, play, socializing, personal hygiene, sleep and so on. They may not be for everyone but if you fancy yourself a completionist, daily quests are a great tool to master.

The truth is that regardless of how your day may be structured, remember that if you want to be productive, you need to be the one setting and keeping track of your goals, especially the little ones because you are a unique and wonderful snowflake… just like everybody else!