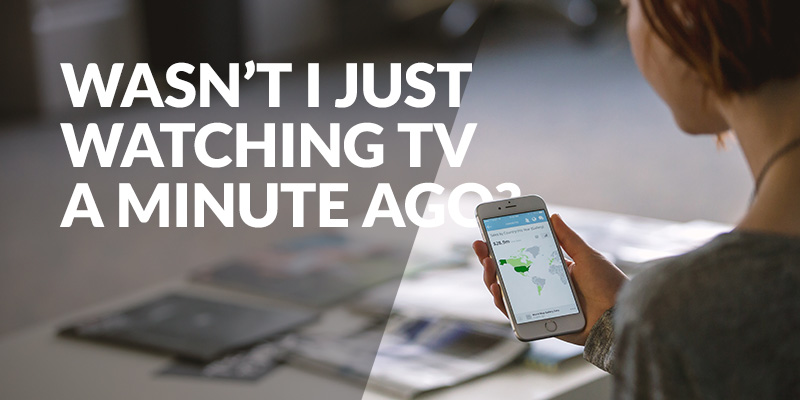 As fewer and fewer of us are watching TV compared to a decade or more ago and as the internet, smartphones and tablets became a more significant part of our lives than ever before, companies are looking to two different options of engaging with their viewers.

Not too long ago, Accenture published the results of a few surveys (Digital Video and the Connected Consumer, Digital Consumer Survey) showing that watching TV Shows, Movies, Video Clips and Sporting Events were going up on laptops, smartphones, tablets… but not on TV. In fact, Television, while still dominating in the TV Shows/Movies as well as the Sports category, was the only medium that was rapidly trending downward.

The results were quite surprising as most people were assuming that at least watching the game on Sunday with some mates would keep the ratings for sports up for the old television but even this is going down quickly in favor of other platforms.

What was less surprising is the age groups that are quickly jumping ship, with 14-17 year olds and 18-35 year olds being the quickest adopters of the new platforms for viewing content. However, the trend is visible over all age groups, so it’s not just 14-35 year olds spending less time in front of their TV.

What are second screen experiences?

Quite a high percentage, 87% of viewers, are using a second screen device such as a smartphone, tablet or laptop while watching TV. There are a few potential reasons for this. Perhaps it’s when the commercials are on or maybe a particular part of the show is not that entertaining. Or maybe the cognitive load of watching TV is not as great as one would assume and viewers feel the need to multitask. Regardless of reason, they’re most likely not really paying attention to the TV, the first screen, in favor of their smartphones or tablets, the second screen.

These 2 mediums could act together, creating a richer, more fulfilling experience for the viewers by providing additional informations or even the option to interact with their peers within the spectrum of the show they’re watching. Taking a note from AMC’s The Walking Dead, viewers could be asked if they agree with the decision the protagonists took. Perhaps watching TV could be a more social experience by comparing or discussing opinions with other viewers while still sitting right there, on the couch.

Of course, users are not the only ones who benefit from this arrangement. The app itself, while providing these new experiences to viewers could also pick up on their habits, choices and interests thus giving the app’s creators an idea of what individuals are interested in.

Sponsors love this as targeted ads tend to bring in more conversions to customers then what the broad range of commercials could do if placed only in TV.

At the same time, by giving users something to do on a second device, they may stick around for the TV commercials and while their attention may not be completely directed to their TVs, this is still much better than switching channels.

Second screen experience apps, as most apps, are created to complement an existing service. They’re not supposed to take it’s place but add to the experience, engaging users with relevant content and providing sponsors with additional potential customers.

Why Should I Care About Second Screen Experience Apps?

If you found this article helpful, sign up for our newsletter or follow us on Facebook and we’ll let you know when the next one comes out. Next time we’ll be looking at a case study for a second screen experience app we’ve created for X Factor Romania in 2015.